Wherever I speak, or people ask about my writing, [2] about the call of churches to join with the God who is out ahead of us in our neighborhoods and communities the same basic question is inevitably asked: Why bother with neighborhoods these days? Those of us who comprise The Missional Network [3] and The Parish Collective [4] frame our collective work in terms of joining God in the neighborhood, dwelling in the new parish and Lead Local. [5] Marc Dunkelman’s recent book, The Vanishing Neighborhood is a helpful contribution to addressing this oft asked question.

Dunkelman is a Research Fellow at Brown University’s Taubman Center for Public Policy and American Institutions as well as a Senior Fellow with the Clinton Foundation. The book is an excellent combination of story telling, solid socio-cultural research and the bringing together of important themes in American social history to frame an important argument for why neighborhood has been lost and why its recovery (in some form) is important. The core of his argument is contained in the notion of social architecture.  Social architecture describes how we construct the ways we live (towns, villages, cities, neighborhoods etc.). It is about how those constructions materialize our deepest values around how we live and interact as human beings. From America’s beginning and right up to the last several decades there has been an underlying, determinative social architecture that has shaped the habits of the heart of American life and lies at the basis of its Constitution. Dunkelman describes this as the township, a description of place and space where communities formed and built around people of differing skills, interests, disparate concerns, values and political views in order to collaborate for the common good. It is this specific social architecture that has been upended over the past decades. In this upending lie the clues for some of America’s current sense of malaise, political deadlock and increasing self-doubt.

What happened? Why is the township ideal so critical for social life? In addressing these questions Dunkelman introduces several frameworks and some helpful social science. Two frames are critical to his argument. First, he uses the work of Alvin Toffler [6] to summarize massive transitions reshaping American society. Toffler postulated that Western societies have passed through three waves of change in its history and was just entering what he called the third wave. The first was the advent of an agricultural society that shifted humanity from nomadic, hunter-gatherer societies into more settled village and town cultures with social institutions shaped by the agricultural paradigm. The second shift was from a predominantly agricultural to an industrial paradigm characterized by manufacturing and expressed in the massive expansion of cities from the Industrial Revolution forward. In this shift new social institutions were created based more around the new cities but still shaped by the long established notions of community derived from the township imagination described above. The third wave, however, presaged a dramatic shifting in social architecture that continues to radically remake society. The third wave is the shift to the technological society [7] which produces massive shifts in the nature of our social architecture, upending the dominant township understanding of community and belonging. The technological revolution and its concomitant information age are re-making our social architecture. In order to understand just how this is happening Dunkelman introduces a second framework.

Dunkelman uses this idea of the rings around Saturn to explain what’s been happening. The planet is surrounded by a series of concentric rings. In terms of social architecture the planet represents a person and there are three rings, the inner, the middle and the outer, representing his/her relationships in an expanding circle from close intimacy to distant and unfamiliar. Each ring plays a differing, though interconnected, function in shaping social community. The inner ring are those small number of intimate relationships comprised of family and close friends. The middle ring is the township, the neighborhood, the space where we meet the other on a daily basis.[8] The third ring represents those connections where people meet impersonally around single agenda issues or, for example, on Facebook (“Like my new …”) or Craig’s List (I make a purchase).

Given these two key frames, the third wave of the technological revolution and the three rings of social engagement, Dunkelman makes the argument that what is happening to American social architecture is that the middle ring (township, neighborhood) is being upended and emptied as a critical mediating space for social life. In its upending something massively significant is happening to North American society.

American community…evolving in remarkable ways. The distribution of social capital that was typical two generations ago – a moment in American history when we were heavily invested in middle-ring acquaintances – has given way. What limited time and energy Americans have today is devoted to our most intimate relationships and a set of much more one-dimensional connections. Along the way, the middle rings have become the missing rings. (p.120).

What is critical about this immense shift in social architecture is that the middle rings have always been that which brought disparate peoples together in local communities of connection and discourse; it has been the mediating space where people with difference would meet each other, usually as neighbors, in spaces that mediated those differences. Furthermore, these middle ring, mediating spaces were the places that provided connections for people to care for one another and build the social capital which enabled communities to thrive (the Rotary, for example, connected various professions and skills thereby passing on ways of information or job connections; the neighborhood learned to look after the other through meals or common support in difficult times). These middle circle rhythms of life (habits of the heart in Robert Bellah’s language [9]) gave shape to the mundane practices of everyday life so essential for human thriving. Dunkelman argues that our failure to understand what has happened to the middle circle short circuits our ability to get a clear picture of what is happening across North American society.

The technological revolution has brought wonderful opportunities and expanded our freedoms as individuals. There are many positives to this third wave shift. But there are also significant challenges and drawbacks. Dunkelman is incredibly nuanced at this level. He recognizes the massive gift of the third wave, technological revolution underway. But it creates unprecedented challenges for our understanding and practice of community, our capacity to be neighbors. What is important to note is what this revolution has affected in terms of the three rings. It has strengthened and thickened the inner (intimacy of the few) ring, that space so preoccupied with the sense of fulfilling the self and having one’s own needs met: ‘Desperate for affirmation, and equipped with new tools to keep in touch with a few prized connections we double down on the small group of people we hold most dear’ (p.103).  It has also strengthened the outer ring (the one-off, abstract, single-issue relationships). Both these movements come at the expense of the middle, that messy, inconvenient space that has to be negotiated through face-to-face engagement with people who are not like us. Dunkelman admirably illustrates these realities. The majority of text messaging, for example, is made to inner ring members. The direction of Facebook and other social media functions is toward the outer ring. The big loser is the messy, inconvenient space in the middle. With our time more and more compressed by the technological revolution we let go of the inconvenient middle ring (the neighborhood), defaulting to the inner and outer rings. [10]

In this new space of ‘networked individualism’ and ‘communal narcissism’ (p.111) we have quickly become an inner ring society with expanding outer ring connections and fewer and fewer middle ring relationships. The ‘other’ in the neighborhood is disappearing from our social purview. The social capital of the everyday in the neighborhood is getting thinner and thinner like a social ozone layer. ‘When it comes to the normal distribution of American social capital, the cost of our stampede to invest more heavily in the inner and outer rings has been borne by the relationships we once formed in the middle…we ought not to be so naïve as to think that those new relationships don’t come at a cost’ (pp.123-125). In one startling illustration, Dunkelman explores the change in the meaning of neighborliness. In the early postwar period it meant reaching out to people who lived nearby – ‘taking a homemade cake to the family moving in across the street, offering to watch the kids in a pinch… Over the years, however, term came to denote the opposite. Today, being ‘neighborly” means leaving those around you in peace’ (p.131).

I believe Dunkelman is largely right. It is an important read for any concerned about the question of social anomie across North American society but especially church leaders seeking to understand how to navigate some of the crucial issues of gospel and culture today. The middle ring is, I would argue, the fundamental geography and space for any missiological engagement with our time. The challenge, I would propose is clear and extraordinary. Our congregations, to a very large extent, are increasingly shaped by inner and outer ring relationships with fewer and fewer middle ring connections. As congregations struggle to survive they become increasingly shaped as places of intimacy and survival or they grow rapidly as homogeneous bands of the same people using worship and programs as a means of finding intimacy with the few. As the church continues to lose its place within North American society leaders continue to focus on finding the right formula for ‘fixing’ the church and, thereby, inadvertently, making their own leadership perspective one more inner ring project. In the midst of all this, as I have written in Joining God in the Neighborhood and as Sparks, Soerens and Friesen do in the New Parish the Spirit is out ahead of us in the reality of the local, in these mediating spaces of the neighborhood. That is why we believe so passionately that the church only discovers again its life as it lets go of its own preoccupation and joins God in the neighborhood, as it becomes a part of the new parish. This is why TMN and Parish Collective are partnering to launch Lead Local. 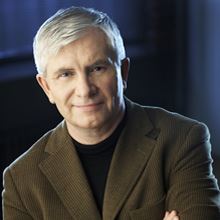 Book Review: The Communal Imagination: Finding a Way to Share Life Together, by Mark Votava

Penycae Neighbourhood Church of the Nazarene: Earning the Name

View all posts by Alan Roxburgh → 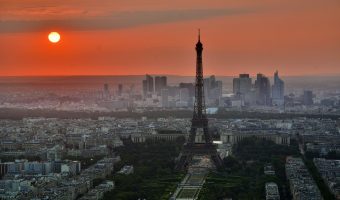 Review of two books with the same title and a marked difference: Twilight of the Elites