In this interview, Alan Roxburgh introduces Harvey Kwiyani, a scholar and an African immigrant to the UK, now based at Liverpool Hope University. Harvey comes from Malawi, and left in 2000 at a time of revival.  When he first came to the west he found himself in Switzerland where there was little evidence of any Christian presence at all. He began to wonder how mission into a western culture could work. This led him to a time of study and ministry both in Birmingham UK and in Minnesota before he settled eventually in Liverpool. With this backdrop Alan posed the question, what is the meaning of place for Christian witness in the west, and in particular, the meaning of place from an African immigrant standpoint. Harvey explained that in the African tradition all believers would be considered evangelists with a responsibility to all the people around them. This is primary. Their location is secondary but immigrants would have a sense of ‘being placed for a purpose’, ‘for such a season as this’ (Esther 4:14). They would have a sense of being placed in this land for a reason.

As they continue their conversation Alan and Harvey begin to consider the underlying narratives of the African understanding of mission, place and the migration experience. What underlies their sense of call to kingdom life in this new place? Harvey explains that African culture generally is spirit-centred, so as Christians, Africans have a high expectation that the Spirit of God is at work in the world around them. Their role, they understand, is to discern the Spirit and respond. Their very migration feels like a response to the call of the Spirit, and they often experience a sense of the miraculous in this, in the details of visas and opportunities. Alan and Harvey wonder how this expectation of the Spirit, and dependence, can be communicated with western Christians. How can this gift be shared? They agree that in the challenges of mission in western culture, if we are to join with what God is doing, we need to listen to one another across racial and cultural differences, recognizing that in this mix is the ferment of the Spirit.

The Bayview Webinar: The Long Journey into Neighborhood.

About Harvey Kwiyani and Alan Roxburgh

View all posts by Harvey Kwiyani and Alan Roxburgh → 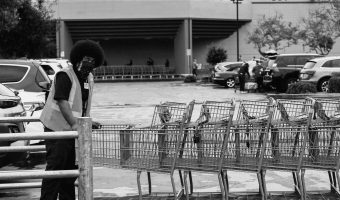 By JMP T4CG and TCGF / Conversations

The Plague and the Parish: An Invitation to the Churches. 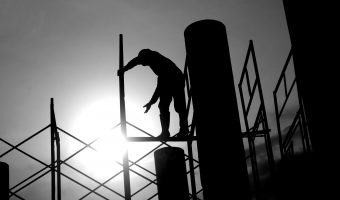 Webinar- Preparing for a New Chapter: Revitalizing the Christian Imagination for the Sake of the Common Good