Video 0- 12 mins
The webinar was held on 30th April 2020, and drew together many leaders and institutions. The two host organisations were Journal of Missional Practice and Together for the Common

Good. Alan Roxburgh is one of the co-founders of the journal. Jenny Sinclair is Founder Director of Together for the Common Good. Maurice Glasman, Lord Glasman, is a Labour peer, Director of The Common Good Foundation and founder of Blue Labour, a radical conservative movement committed to the politics of the common good. Participating in the webinar were church leaders from many traditions. This webinar followed a series of conversations about seismic changes, exacerbated now by coronavirus but already underway in the West, with consequence for our relationship with place and neighbourhood. It seeks to explore the implications for the mission of the church, the common good and civic renewal.

This is a new chapter but it’s not a new book.

It’s a new chapter but the content is ancient and enduring.  And what is characteristic of this time of the virus is a yearning for real physical presence, which is not really inhospitable to the church.  We are social beings and the paradox of the moment is that our isolation is driving a natural desire for connection with others.

This has always been a source of inspiration to me in my politics, my ethics and my life.  It has never seemed more relevant in divining the signs of the times.

The fundamental insight I draw from Catholic Social Thought is that human beings and nature are not commodities. There is enormous pressure, particularly under conditions of globalisation to claim ownership of creation itself. The new chapter we are entering will be one in which human beings and nature are not understood as exclusively commodities but will once more have a relational form in terms of the politics of human association and the stewardship of nature.  Again, these are themes that have been well developed in previous chapters of church history.

Pope Francis said last year that we are not living through an era of change but a change of era.  This has been brewing for a while, beginning with the financial crash of 2008, which revealed a fragility that was not remedied and the price of which was paid by the poor, through the mayhem of Brexit and Trump and which is now being accelerated and concentrated by the Coronavirus.  The three big changes from the era of progressive globalisation should be defined:

The parish is a geographical, ecclesiastical and a secular concept that describes the place you live in.  It is covenantal, it evokes those who have died and those that are yet to be born.  Andrew Rumsey has written on this beautifully.[1]  The presence of the church in the parish is a witness also to the reality and threat of de-sacralisation, that place doesn’t matter. And the church shares the fate of the place, that it is irrelevant to the future, that it is invisible in the globalised economy, that it is the place for the left behind, for the losers, that it is flyover country.  The Church can speak with authority on that.  It is a faithful witness.  It is an institutional presence, a real physical presence and now the churches are abandoned, like a haunted house.  The pressure on the church to abandon parish and place reached an intense form in the era of globalisation and is still menaced.  And now it is a paradox that at a moment of the greatest use of the internet the sense of place is being rediscovered.  The places where people live are no longer God-forsaken and nor are they, but they are in need of blessing.

Under conditions of the pandemic, these places are where people live and work, these are the places that supply the food and from which people distribute it.  These places are necessary once more.  They are part of the story in the new chapter.

In other words, what is happening is that which was previously denigrated and despised when it was invisible and ignored, is visible and powerful.  It is a truth.  It is beautiful and our approach to it should be relational, faithful and in that way sublime.  Sublime, because the Church is vulnerable, it is not there only to help but also to be supported, it needs to find friendship, to share a real physical presence with others.  I am interested to know if you are longing for that too.  The Church has rediscovered its vulnerability and had to move from host to neighbour.  This is important because the chapter is not written and the pressure to return to the past, to return to normal will be powerful.

We need to read the signs of the times and prepare to resist the famine that will follow the plague as capital seeks to recoup its losses.  Prepare to resist as workers are degraded, land sold off, businesses brought up and closed, parishes merged, cemeteries desecrated.

The church is vulnerable, you are in pain, you give love but you need it too.  And that is the connection with those other institutions, traditions, interests and people that were held to have no place in a globalised secular modernity:  the cleaners, the farmers, the care workers, the nurses, the bus drivers and all those that were dispensable but are now so necessary.

So let’s ask the Lenin question.  What is to be done?  You have been pushed out of the Church but we are allowed an hour’s walk a day and there is space for a socially distanced procession, or pilgrimage to bless the mundane places that are now held to be sacred in your parish.

There is a blessing that you need in return.  That is a commitment to sustain the holiness of the land and the people who live there so they do not return once more to a silent raging indifference.  The civic immune system of place has to be established and secured. The partners will be trade unions, farmers associations, small businesses, hospitals, schools, relationships between institutions that can be brokered (as Father William Taylor has done with Clapton Commons) for the common good. The role of the church is here, brokering a civic alliance which is respecting of work, restoring dignity, belonging and solidarity, rooted in place..

Video 28 min to 38 min
Maurice Glasman went on to respond to questions from webinar participants. The first questions from the webinar concerned the concept of a ‘civic immune system’ and how it could be possible for localities to resist remorseless capital through their local institutions including the church. Questioners were also concerned about nationalism and a ‘re-sacralisation of the nation state’. Maurice acknowledged this risk but described also how the state could rediscover solidarity, resisting the domination of capital or of one group over another. It could act on the principle of subsidiarity, protecting the sovereignty of local places to act.

Video 38 min to 43 min
Churches are not well placed to help in their local communities. According to some questioners, while main streets have been eviscerated under globalisation, churches have turned inwards and now have weak connections to neighbourhoods. But Maurice noted they do have an understanding of being embodied and embedded, the idea of the body and the renewal of the body. So the church may need to be humble but it does have something valuable to bring. It can proclaim the truth that it has. And now, when churches have been pushed out of their buildings, this is a good opportunity to bring blessing to places and to the people that work in them. To resist capital, post-Covid, they will need to re-establish political connections.

Video 43 min to 49 min
Several webinar participants raised the topic of the working class. They wondered how we honour them, acknowledging that even as they are celebrated they are being exploited and neglected. Others wondered about the race dimensions of class. Maurice asserted that the expression ‘working class’ is not a coded way to say white. It has become apparent that the workers which we celebrate have many different ethnicities. More provision is needed for vocational training, for apprenticeships and regional banks. New institutional structures are needed, and webinar participants wondered whether universities, often globalised, money making structures, should be allowed to fail. There is an issue of civic imagination.

Video 49 min to 53 min
The conversation returned to the local church and the need for a new imagination of the church for its locality or parish. Alan cited the example of commuting clergy and church members. There is an economics which sustains these practices. Maurice wonders if the church has been captivated by a secular fantasy of managerialism and individuals outside of relationship waiting to be targeted and harvested. But he also looks at this historically appreciating the long story of the church in a place with a sense of vocation for its place, an idea which held until the 1960s. People are longing now for the real physical presence of others and desire to value workers not celebrities.

Video 53 min to 59 min
Finally the panel picked up participant questions about the environment and the need for a global response. Internationalism and solidarity are needed, but according to Maurice, new language and approaches are needed to engage working class people. International action is needed to limit the commodification of labour and to endow land, rivers, forests to local communities for their stewardship. Exploitation of nature, exploitation of people, these are the same and strong local economies would most effectively preserve the global ecosystem.

The webinar closed inviting further questions and the promise of future conversations.

Webinar- From Exile to Earthquake: Metaphors for Mission in a Post-Pandemic World

A Framework for ‘What’s Next?’: Re-rooting in the Christian Story. 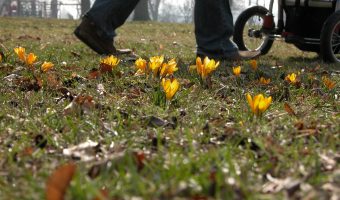 The Politics of Grace and Place: A Letter to the Local Church. Third letter.

Exploring postures: Opportunities to be a different kind of leader