One of the basic premises of the missioDei paradigm is that God’s activity in the world cannot be confined to the explicit mission activities of the church. The kingdom vision inspires us with the hope that God is at work in the world, transforming our neighbourhoods into communities in which the values of koinonoia and agape are the distinguishing features. The ultimate expression of the kingdom vision is to be found in the ringing declaration of the angel in Revelation 11:15: ‘The kingdoms of this world are become the kingdoms of our Lord, and of his Christ; and he shall reign for ever and ever’. The final aim of mission is not the numerical increase in church congregations, but the transformation of communities and nations into the likeness of the kingdom of God.

In this thought-provoking and perceptive article, Al Barrett recognises the missional imperative of building community as the means through which God brings kingdom transformation to local neighbourhoods. The article offers a hope-filled account of how the Church can demonstrate solidarity with those in society, whether “Christian” or not, who are participating in the missio Dei. In this context, it might even be appropriate to talk about such people (be they social workers, doctors, nurses, community leaders, orphanage directors, teachers, street cleaners, etc.) as “unwitting agents” of the kingdom, given that they might be participating in the work of the kingdom without necessarily being aware of it. One of the tasks of mission is to recognise who these people are, to get alongside them and to share with them the light of Christ.

This article also reminds me how some traditional ecclesiocentric approaches to mission and evangelism have often erred by asking the wrong kind of questions, such as: ‘How can we attract more people to attend our services?’ and ‘How can we increase our church membership?’ In this article Al Barrett asks a much simpler, yet more pertinent and genuinely missional question: ‘what is going on in our neighbourhood?’

This question is a good one, because it acknowledges that, as John Drane put it, ‘Effective evangelism must start with recognizing where God is already at work, and getting alongside God in what is going on there.’ [1] The missional activity of local churches should, accordingly, be directed towards relating compassionately to the hopes, fears, anxieties and aspirations of the local people whom they serve. Barrett offers a lucid demonstration of this and the ways God works in local settings to build his kingdom through his people.

It is now a well-established axiom of current theology that relationship is not something secondary or derivative of the divine nature, but is at the heart of who God (as Father, Son and Holy Spirit) is. Some have even referred to God in terms of “Being-in-community” (John Zizioulas [2]) and ascribed ontological attributes to the relationship that inheres among the three persons of the Trinity. Jürgen Moltmann’s “social doctrine of the Trinity” is a particularly significant expression of the view that God is not an individual but is community and that as people made in God’s image, so we are made for community. [3] If mission – according to the missio Dei paradigm developed by Barth and Bosch and others – begins in the nature of God, who is community, this means that mission is inherently communal. The creation of communities of grace, both redeemed and redeeming, is thus a central object and basic point of departure for mission. The sacrament of community is also recognised as one of the most precious gifts of the Holy Spirit and this article by Barrett demonstrates in practical ways the importance of missional practices that build the kingdom of God by establishing genuine koinonia in local communities.

I also appreciate Barrett’s description of how the church at Hodge Hill sought not only to understand the problems confronting the local community, but was also interested in finding out ‘what people saw as good about their neighbourhood.’ Again, this is an urgent missional imperative. We need to recognise that despite the sin, pain and brokenness of the world, God is still at work and is committed to the flourishing and thriving of his people and his good creation. We need a missiology that does not just criticise and deconstruct, but is prepared to listen and affirm what is good and redemptive in so-called “secular” culture. In other words, we need a missiology that is free, humble, generous, hospitable, full of grace, and ready to listen, learn and serve. I appreciate this excellent article by Al Barrett, because it gave me a hope-filled example of what this kind of missiology looks like in “real life.”

[1] Drane, John. Faith in a Changing Culture: Creating Churches for the Next Century (London: Marshall Pickering, 1997), 63.

Joshua T. Searle, a graduate of Oxford, Prague and Dublin, is Tutor in Theology and Public Thought at Spurgeon’s College, London.

An African Missionary on Tyneside. An interview with Pastor Joseph Omoragbon by Mary Publicover. 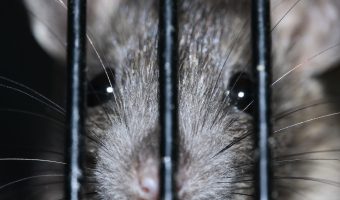 By Sally Mann and Alan Roxburgh / Hide From Issue Page

The Nature of Christian Resistance: A Dialogue